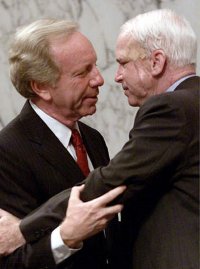 What if Jews and gentiles in the West could all just get along? Why can’t we work toward a world in which Jews are the West’s managerial elite and they apply their natural talents toward administering a wealthy, powerful, and White West? Given Jewish gifts and behaviors, a society which does not explicitly exclude Jews from its managerial elite will end up with a Jewish managerial elite. But does that have to be a bad thing? Could we find a way to work together as a team, perhaps against a common enemy (like Muslims or the Chinese)?

Why can’t we be friends?

A society can remain peaceful, prosperous, and homogeneous while having an invasive elite. The best contemporary case would be Malaysia and (to a lesser extent) the rest of Southeast Asia. An invasive Chinese elite dominates the mercantile and managerial niches, and they are pretty mindful of the welfare of the indigenous populations. This is what philo-Semites are implicitly arguing for when they insist on glossing over the tribal, national, and religious distinctions between the Jewish people and White America. They’re arguing for this sort of symbiotic relationship.

If American Jews could be persuaded to envision themselves as stewards serving the White American nation, that would be great. To a great extent, Christian Zionism can be perceived as a recent group evolutionary adaptation toward this configuration. It’s the inversion of Christianity to be subservient to the Pharisees rather than opposed to them. It’s obviously not ideal for our purposes in its present form, being “anti-racist” and serving at this point as little more than a convenient way to rally the goyim into serving up their youth to the Middle Eastern imperial meat grinder. But it seems that a couple minor doctrinal tweaks and a change of Jewish attitude toward us would be sufficient.

But a change of Jewish attitude toward us is no mean feat. Many philo-Semites imagine that Jews are merely reacting to anti-Semitic attitudes among the public. They believe that if we could just purge America of the last neo-nazis and academic anti-Semites, that Jews would have a change of heart. The problem is that the Jewish group evolutionary strategy requires being a hostile out-group. If they’re not threatened by the population surrounding them, the whole Jewish way of life begins to rapidly unravel.

This pressure is essential to the cohesion of the community. In philo-Semitic places like contemporary America, intermarriage spirals out of control and threatens the survival of the community. Another example is in East Africa, where they established a thriving outpost, the Great Zimbabwe. However, the indigenous Africans were incapable of posing a credible threat to their survival and the Jewish community there eventually perished altogether, only existing in the curious traditions and inclinations of the Lemba tribe.

From the earliest Torah traditions up through Abe Foxman’s Holocaust field trips, Judaism is integrally dependent on being a hostile managerial or mercantile elite in a host population. And if they can’t find some hostility between themselves and the host population, they’ll imagine it, exaggerate isolated cases of it, or even create it from scratch. You see in the indispensable documentary Defamation the Jewish teenagers being sent to Poland and terrorized to the point where they begin imagining that the kind Polish villagers are anti-Semitic demons. In America, they perpetually advertise the threat of a couple thousand misanthropic neo-nazi costume clowns as proof of an incipient American pogrom.

This pattern is far too deeply entrenched in their myths, folkways, and traditions to simply discard and move on to a different tactic more suitable to their contemporary American situation. We can’t all just get along and the philo-Semitic dream will remain a dream. There will always be individual Jews and small Jewish groups who can be reasoned with, but they’ll always do so in opposition to the Jewish oligarchs. Organized Jewry is hard-wired in opposition to the White American people and will remain so. If rescuing them from the genocidal frenzy, inviting them to dominate all of our keystone institutions, and mass-converting to a new religion which glorifies them fails to win their sympathy then their sympathy cannot be won. Period.

Making nasty VNN-style threats only invigorates them, stirring them to action against a White American people who are absolutely powerless to defend themselves. Our position should be clear – you’re either a Jew or an American, but you cannot be both. We shouldn’t threaten their lives or families, only their power. We will struggle for our right to dominate our own institutions so that we, White Americans, can regain control of our destiny. It’s not really even necessary to figure out how to remove them from the country, as they gladly remove themselves from countries which don’t provide a managerial or mercantile niche.